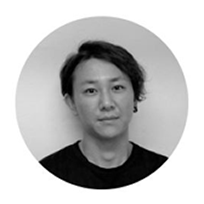 Shingo started his carrier with partner, Katsuhisa Otsubo in Tokyo after graduated from University in 2007. Shingo was born in 1982, graduated with Bachelor of Arts in Architecture from Musashino Art University, and is a Lecturer Critic at Department of Architecture, Musashino Art University from 2010. Baird Visiting Critic at Cornell University in 2015. He also is critic in Tokyo University of Fine Art and Music from 2018. Awards / Publications Their works have won numbers of architectural prizes, including SD Review, Winner in 2008 and 2009, “Gold Prize” from JCD Design Award from Japan Commercial Environmental Design Association in 2011 and 2014, “RUNNER-UP” in AR Emerging Architecture Awards from the Architectural Review in 2011, “WINNER” in AR Emerging Architecture Awards from the Architectural Review in 2014. In 2015, they won Yoshioka Prize from Shinkenchiku(Japan Architect) in 2015 and they were selected to be part of the team for the Japanese Pavilion of the Venice Biennale 2016 where they received special mention.