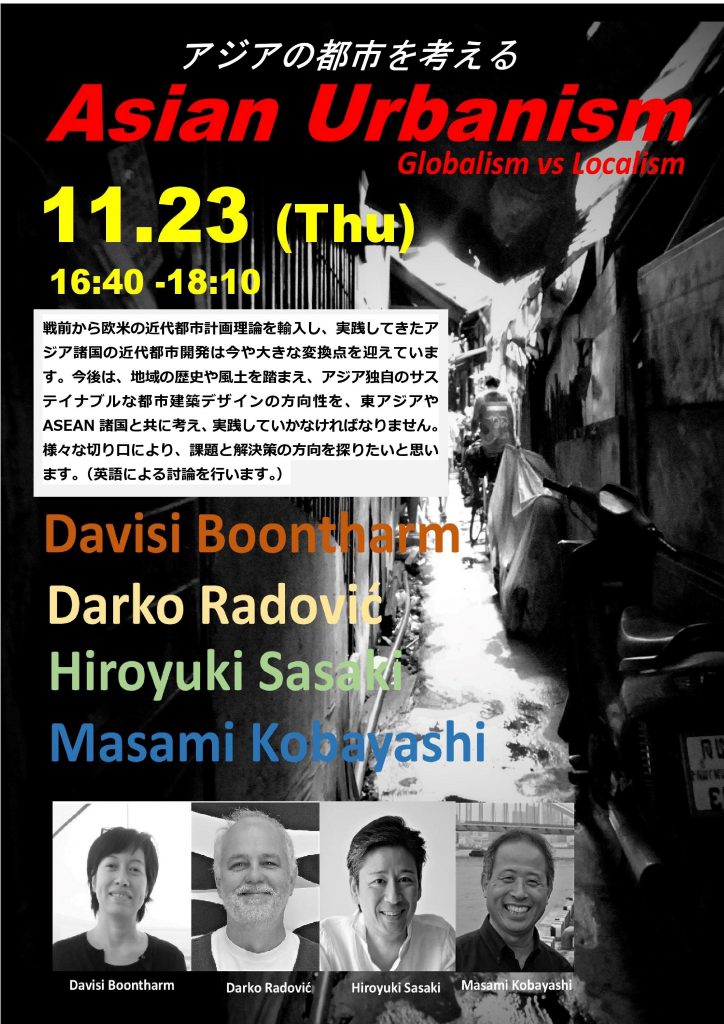 This presentation offered to discussion two key issues: the need for cultural specificity in the times of globalization, and the need for non-reductive approaches in investigations of the urban. Those issues were discussed within the context of current, radical transformations of Tokyo in the lead-up to the Olympic Games 2020, which threaten to erase fragile, autochthonous micro urbanities of the metropolis, replacing them with sterile bigness of the imported, globalized falsehood.

The argument was built upon the findings of Measuring the non-Measurable (2011-14), research project which addressed the finest nuances of spatial experience and quality across scales – from urban and public, to architectural and private. The case studies focused at places and practices of cultural resistance within everyday life of three neighborhoods of Tokyo, in which the author both lived and conducted his research: Nezu, famous for its continuities with old Edo (Another Tokyo, 2008);

Okurayama, ordinary, low-rise high-density Tokyo (Intensities in Ten Cities, 2013) and Jiyugaoka, where local community reinvents livability under the various pressures of globalization (In Search of Urban Quality, 2014). Those examples were juxtaposed against flourishing high-rise high-density environments, understood and explained as projections of the set of uncritically imported ideals and global capital(ism). The presentation questioned the notion of “realism”, an established, unquestionable and externally imposed condition which defines the field of urban development and sets rules which undercut diversity. Quoting Debord’s diagnosis that “the globalization of the false was also the falsification of the globe” (Comments on the Society of Spectacle, 1988), it pointed at actual interests behind such

impositions, and their actual impact on the quality of lives of people – an ultimate aim of good governance, planning, design and other practices involved in production of space. The presentation was polemological as it, in de Certeau’s way, was delivered in hope to “force theory to recognize its own limits” (Culture in the Plural, 1997). That included insistence on precision of the key terms of discussion, such as “Asian” and “Asian Urbanism”.

While the skylines of many East and Southeast Asian cities may look alike, the closer look at the ground level portray completely different city lives. Many scholars pay attention to Asian cities, these has been seen through a number of recent publications that focus on the emerging phenomena of rapid urbanization and changes. Several topics such as the messiness, indigenous vs global become widely discussed together with the trends that Asian cities are becoming “world cites”. The main question that arise is what will be the future of these unrelenting development?

The interest of Asian Urbanism is not new. In late 1990’s the unprecedented transformation of cities in this region is alarming many scholars worldwide to study this phenomenon. Today, it is still worth revisiting these critical theories to highlight the issues and reflect on recent situation. A Singaporean architect and writer, William Lim was actively discussed Asian Urbanism in almost all of his works. The common characteristic that East and Southeast Asian metropoles have is the economic miracle during and after the post-colonial period. Led by Japan and followed by Korea, Hong Kong, Taiwan and Singapore (known as four little dragons) together with the “other tigers” namely Malaysia, Thailand, Indonesia and China, the major cities in these countries transformed rapidly due to the extremely fast growth of their economy. These pressures of growth are faster than the capacity (in terms of infrastructure, knowledge and means) of the local authorities to cope with. Resulted in the uncontrollable urban problems like pollutions, traffic congestions and slums, etc. Lim also hinted the common cultural attitude towards the west which is the inferiority complex and cultural withdrawal syndrome (Lim 1998). Accepting the western theories and consider it as superior to their own and willing to apply them on their cities cause clashes. In the majority of the cases they were not successfully implemented. In that period, the acceptance of the large scale international style has created the sterile urban environment spread across the region. Rem Koolhaas called it the Generic City. He mentioned that majority of the Generic cities are in Asia. Other characteristics of Generic city are, like airport, generated by the people on the move and poised to move on, issued from the tabula rasa and on its way to verticality (Koolhaas 1995). The severe critiques towards Asian urbanism continues until today.

However, other group of scholars also found the resistant force spread on the flexible ground of weak planned cities. The ideas of Open City (Sennett 2006), Kinetic City (Mehrotra 2010) and Incomplete Urbanism (Lim 2012) are also captured from Asian Urbanisms. Sennett advocates the Open City as oppose to Closed City that it contains the ambiguous edges, incomplete form and unresolved narratives, as a result it allow the local to interpret and add on. Mehrotra’s Kinetic City is distinctively opposite to Static city, it possesses the structures that are adjustable, transformative and flexible. Lim’s incomplete urbanism proposes us to look at the spaces of indeterminacy closely as they trigger the creative responses from the resident.

Asian urbanism is like a battle ground of the generic and the particular. The awareness of its own culture and recognition of its value it utmost important to overcome the generic. Don’t let money lead but use money to develop the humanistic design, cherish aesthetic but not only in the decorative sense, care for environment, climate and its own resources, design for adaptability, growth and shrinkage or for repurpose, treasure pluralism and complex and respond to the local culture. 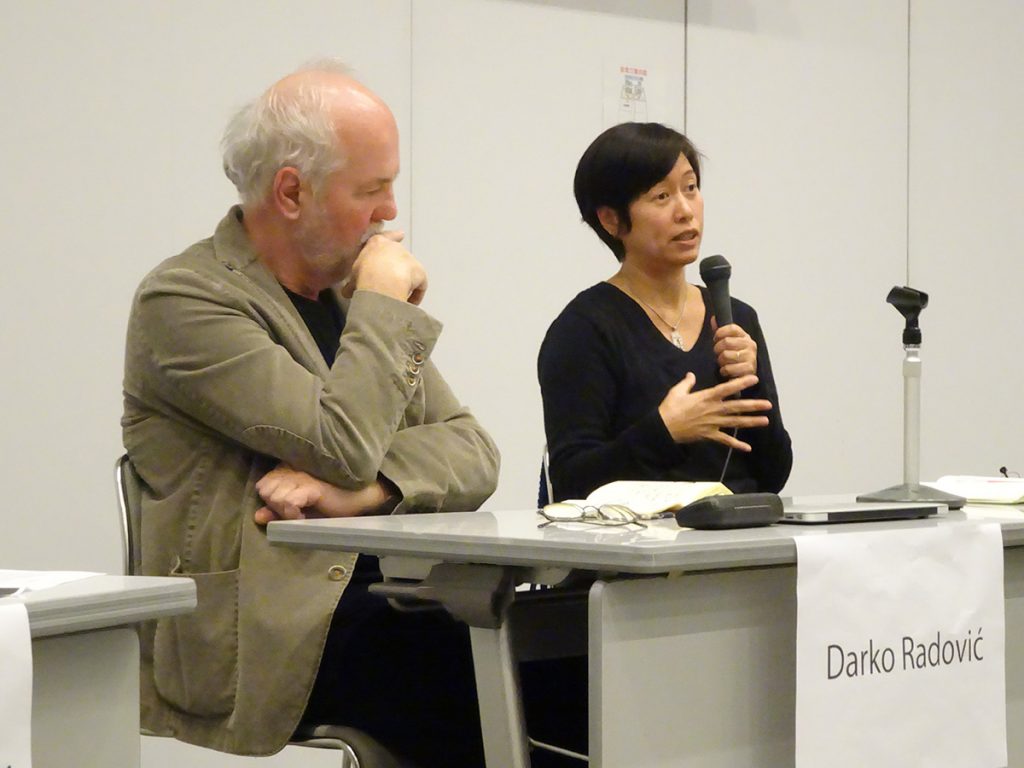 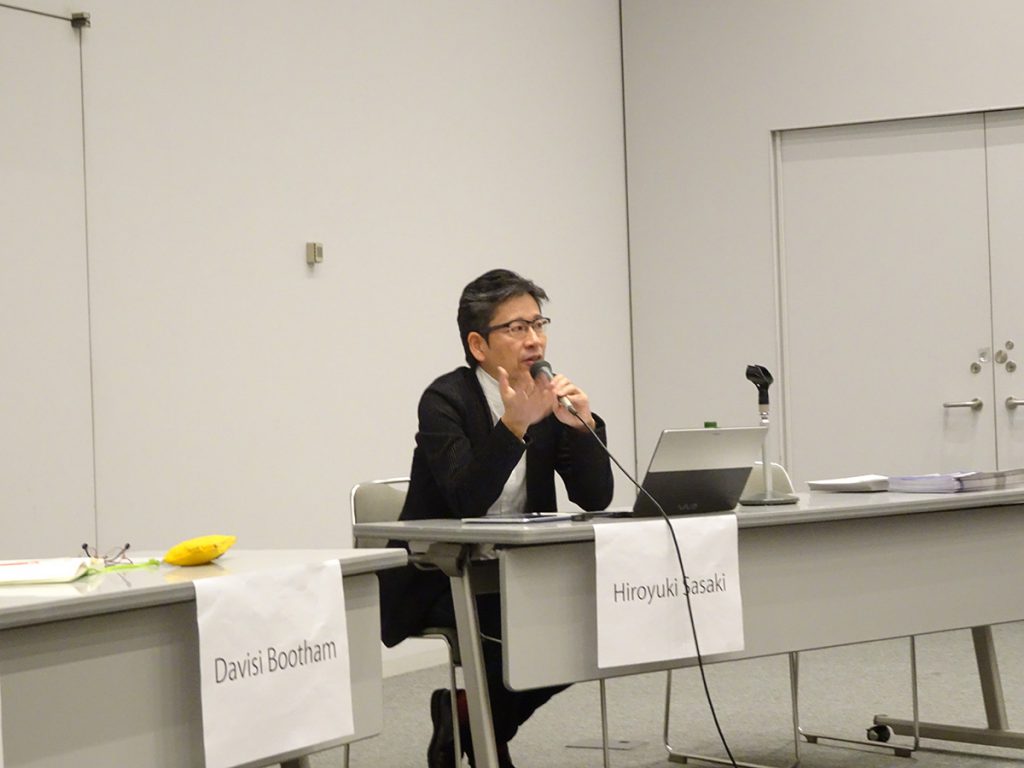 The primary role of urban design is to make cities better, and in order to make it happen, how to appropriately implement urbanism should be one of our primary focuses.

In the United State where various principles of urbanism have been emerged recently such as New Urbanism and Landscape Urbanism, the implementation of urbanism has been led by two major actions, one of which is public space design and the other is coding. The strategic combination of these two actions has been working well in the United States as a method to implement urbanism.

On the other hand, coding is implemented to control private development and guide cities to desirable directions, especially their physical environments, from a mid- to long-term perspective. The formulation of form-based code, which is a kind of development regulations that is mainly focused on the form of public realm, has been emerging from the end of the 20th century. The major intentions of coding are to increase predictability of the future of a city or a district, maximize opportunities for mixing various land uses, and promote desirable private development by shortening the period for application reviews.

When considering “Asian Urbanism”, needless to say, it is necessary to carefully consider the effectiveness of these methods for cities in Asian countries. “Asian Urbanism”, if it exists and can be defined, is generally characterized by its complexity, irregularity, chaos, unfinished etc. In addition, activities in the public realm in Asian cities, especially in Southeast Asian cities, are significantly different from the activities in the United States or European countries due to their differences in climate, culture, values, custom, life style and so forth. Taking these facts into account, is coding, which is, in a way, a regulating method to generalize the physical environment of cities applicable to Asian cities? What kinds of public spaces work well in Asian cities? In a situation where strong global development pressures are sweeping across Asian countries, it is essential to seriously discuss the methods of realizing “Asian Urbanism” for us urban design practitioners.

The role of universities in urban design and community building are comprised of elements of education, research, and practice, which plays a mutually complementary role. Japan and Singapore have undertaken the roles as leaders in development in regards to architectural and urban design in Asian countries. Thus, it is meaningful to share these experiences whether they are successful or not with other developing countries to cultivate the next wave of capable designers. Moving forward there will be expectations to collaborate with other universities within Asian countries to conjunctly implement a more in-depth level of practice.

I will introduce my scope of research and its contents as a framework to elaborate on the topic:

(1) Research on preservation of traditional urban landscape in Japan

(3) Study on the future image of Tokyo

Prediction of skyscraper configurations by deregulation

The following will be introduced regarding practice and implementation:

(1) Road problems in the Shimokitazawa district of Setagaya-ku, Tokyo

The following will be introduced regarding education:

Establishment of the first graduate school education program in English

Practice of educational collaboration by Ministry of Education, Culture, Sports, Science and Technology

Based on these successful results, we will soon establish “Asian Architectural Urban Design Laboratory” (tentative name) and build up an Asian research network. This will launch with the following topics as the main themes in collaboration with Reischauer Institute of Japanese Studies at Harvard University which will begin “Tokyo Studies”.

(1) How development can coexist with preservation of history culture

(2) It is necessary to refine the Asian-type city building theory rooted in climate instead of accepting imported architecture and urban design theories of Euro-American influence.

Davisi is an architect-urbanist, whose academic careers stretch from France, via Thailand, Singapore and Australia, to Japan where she recently joins Meiji University, international Program in Architecture and Urban Design. Davisi’s research and teaching field is interdisciplinary and cross-cultural, with strong emphasis on environmental and cultural sustainability. Her research interests focus on urban regeneration/requalification and the concept of creative milieu. Her passion for cities also finds its expression in creative work. She had her solo exhibitions in Japan, Croatia and Italy.

Associate Professor who is teaching urban design at the International Program in Architecture and Urban Design (I-AUD) at Meiji University. An urban design practitioner who is promoting public space improvements

Teaching Urban Design Theory at Meiji University, architect-urbanist, who is running International Program in Architecture and Urban Design, and promoting the citizens’ participation in Japanese projects.